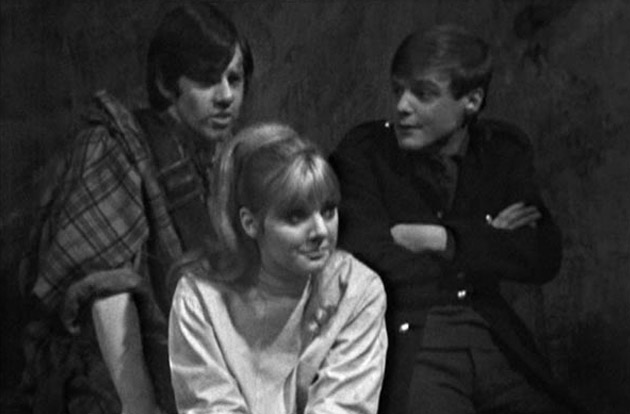 The TARDIS arrives on a extinct volcanic island. Before long, the travellers are captured and taken into the depths of the Earth, where they find a hidden civilisation – the lost city of Atlantis.

The Atlanteans worship a goddess named Amdo and use Fish People – men and women operated upon so that they can breathe under the sea – to farm the plankton-based food on which they survive. A deranged scientist, Professor Zaroff, has convinced them that he can raise their city from the sea, but actually he plans to drain the ocean into the Earth’s molten core, so that the resultant superheated steam will cause the planet to explode.

The travellers meet up with two shipwreck survivors, Sean and Jacko, who manage to persuade the Fish People to rebel and stop work. The Doctor eventually manages to foil Zaroff’s plan, but only by breaking down the sea walls and flooding the city. Zaroff drowns, but everyone else escapes.

Episodes 1 & 3 are missing from the BBC Archives.

Buy a signed copy of Doctor Who – The Underwater Menace DVD.