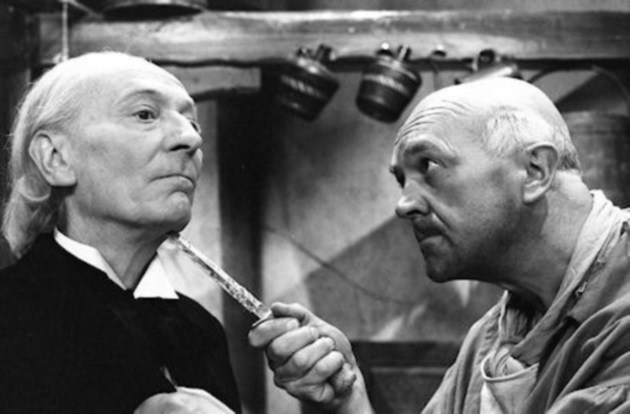 The TARDIS arrives on the coast of seventeenth century Cornwall – much to the astonishment of Polly and Ben. Pirates led by Captain Samuel Pike and his henchman Cherub are searching for a hidden treasure, while a smuggling ring masterminded by the local Squire is trying to off-load contraband.

The Doctor is kidnapped by Pike’s men after inadvertently learning, from churchwarden Joseph Longfoot (who is subsequently murdered), a cryptic rhyme that holds the key to the treasure’s whereabouts.

Although he manages to escape, the Doctor is eventually forced to tell Pike the rhyme’s meaning – it refers to names on tombstones in the church crypt – and the treasure is uncovered. At this point, however, the militia arrive, having been summoned by Revenue officer Josiah Blake. A fight ensues in which Pike and many of his men are killed and the rest taken prisoner. The Doctor and his companions meanwhile slip back to the TARDIS.

All 4 episodes of The Smugglers are missing from the BBC archives.